There’s never been a better time to try alcohol free drinks. A few years ago people would have laughed at the suggestion of a non alcoholic festival but the Mindful Drinking Movement is going crazy and the drinks industry has noticed there’s a large market for adult soft drinks. You only need to Google “alcohol free” and you’ll find pages of recent articles about how people are becoming dry drinkers. Alcohol free beer is even being rolled out on tap! In fact, Heineken revealed last week that it put its alcohol free brand “0.0” on tap at 1500 pubs across the UK. There’s only 69 calories in one bottle too! People are increasingly turning to alcohol free because we’re more health conscious now than we’ve ever been. AF drinks won’t just leave you hangover free; they cost less as well. So not only will you become healthier, your bank balance will too! It’s a win win situation.

I know for a lot of people moderation simply isn’t an option and I didn’t think it was for me at one point. Especially in the early days when I was only a couple of months sober. I didn’t think I’d ever be able to control my drinking once I’d popped the cork but over the last few weeks I’ve seen a massive change in the way I think about drinking. I decided to bring an end to my sobriety during Christmas 2018. It wasn’t an easy decision and I’d been thinking about it for a couple of months. I refuse to believe that everyone with an alcohol problem can never drink again or practice moderation. I’ve never craved alcohol and I’ve never drank daily. My problem was binge drinking and not knowing when to stop once I’d started. Because of the way society makes us think I believe this is the problem for a lot of people and it’s the reason for a lot of mental health issues. My thought process quickly went into ‘let’s get wasted’ mode as soon as the first drop went down and over time, with the amounts of alcohol regularly going into my system, and my body never having chance to recover (because I drank most days), my anxiety and depression got worse. Since I turned things around and even now when I’m having a few alcoholic drinks, I haven’t experienced any anxiety or depression. I just needed a reboot to change my thought process around alcohol and socialising.

So if you’ve never tried alcohol free drinks and you’re thinking of giving them a whirl, don’t just head straight for Becks Blue. There’s a lot more choice out there and most bars have many options. You just need to ask! Here are some of my favourites … 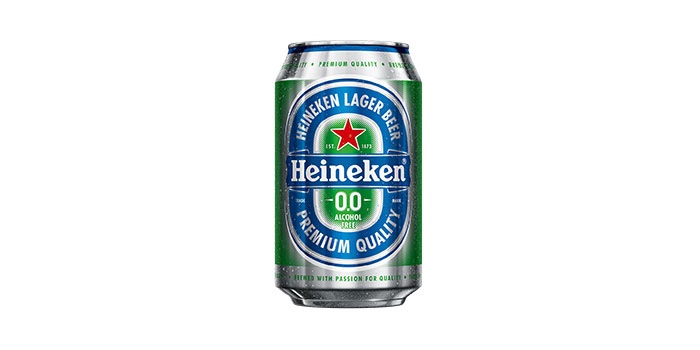 Usually available in most pubs and tastes very much like the alcoholic version. Contains 0.05% alcohol and 69 calories per 330ml. Available in Sainsburys for £4 per pack of 6. 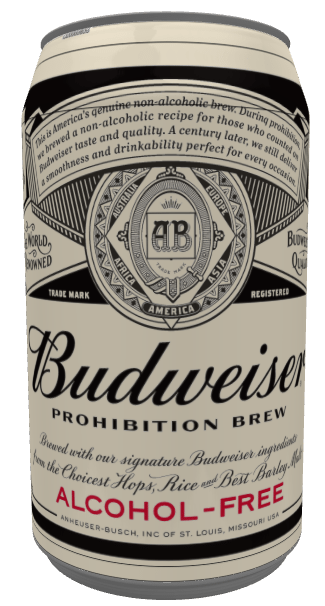 It’s a refreshing beer with the taste of alcoholic Budweiser. I don’t taste the difference between this and the alcoholic version. Contains 0.05% alcohol, 150 calories per 300ml and is available in Tesco for £2 per pack of four. 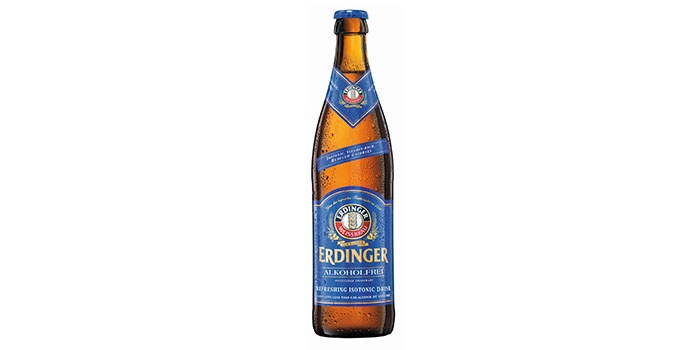 One of the first alcohol free beers I tried and I was gobsmacked at the taste. It just felt like I was drinking a ‘real’ beer. It’s isotonic, so it quenches your thirst quickly. It also contains carbohydrates for energy and protein, which helps your body repair. The alcohol content is 0.5% so the maximum for alcohol free and a 500ml bottle contains 125 calories. Available in Tesco for £2.50 per bottle and I’ve also seen this one available in a few bars and pubs.

For the red wine drinkers out there, this is the only one I’ve found that actually tastes like alcoholic red wine and not Vimto! It’s made by Australian wine giant Penfold’s, contains 0.5% alcohol, only 38 calories per 250ml and is available at Tesco for approx. £4 per bottle.

I’m not a massive fan of rose but this is lovely and refreshing. Perfect for drinking in the sun! Contains 0.05% alcohol, 33 calories per 125ml and is available in Tesco for £3.50 per bottle. 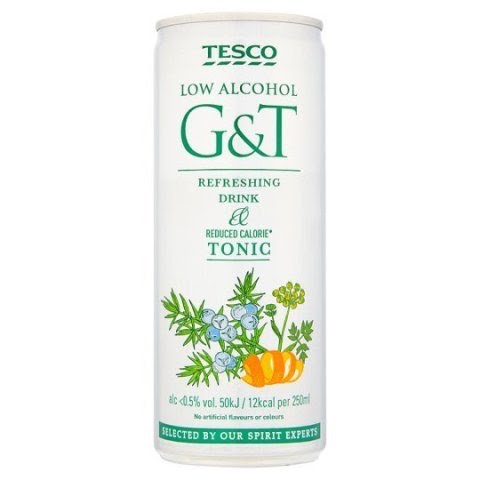 The perfect choice for a hot day in the garden! I’ve never been a gin drinker but this one really is delicious with ice and lemon. Contains 0.5% alcohol, 12 calories per 250ml can and is available in Tesco for £3.50 per pack of four.

It’s not just people with a drink problem who choose to go for alcohol free. There are a lot of reasons people drink them. They could be in training for a marathon, on medication, working, on a health kick, having a baby or simply having a day off! The way things are going AF drinks will be as popular as the ‘real’ version soon!